Thanks Donna for the photos from the club show and sale. 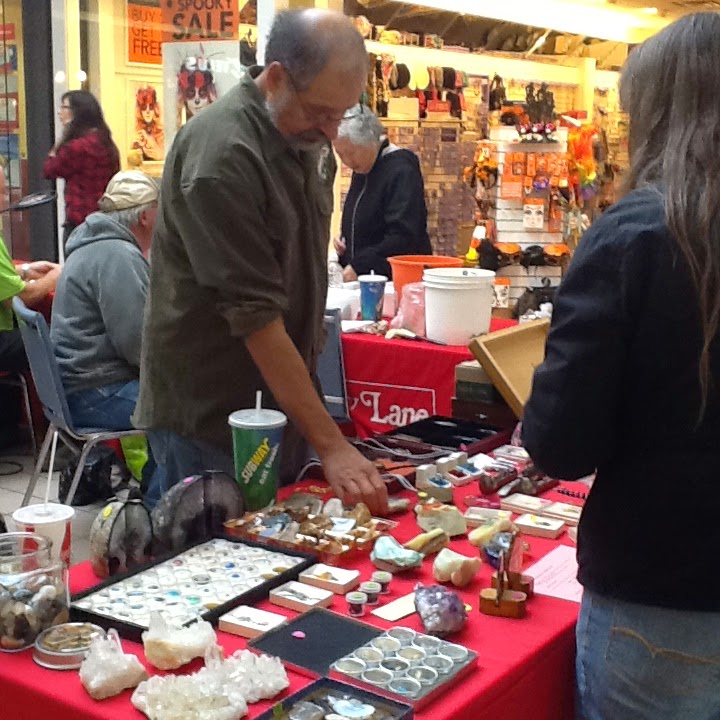 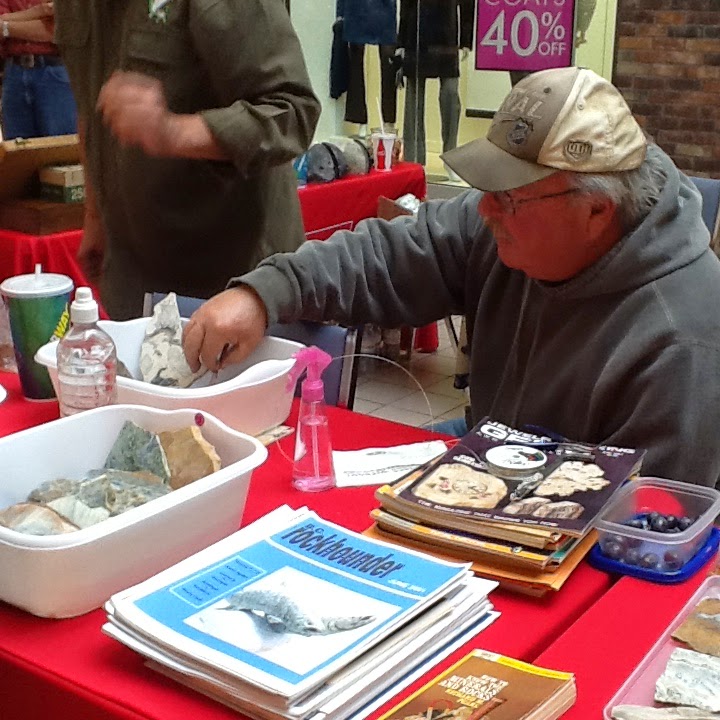 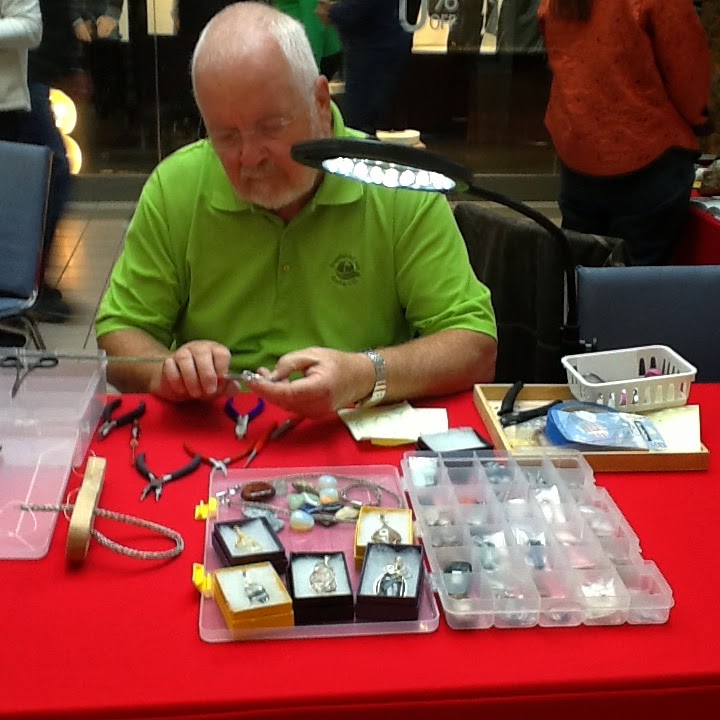 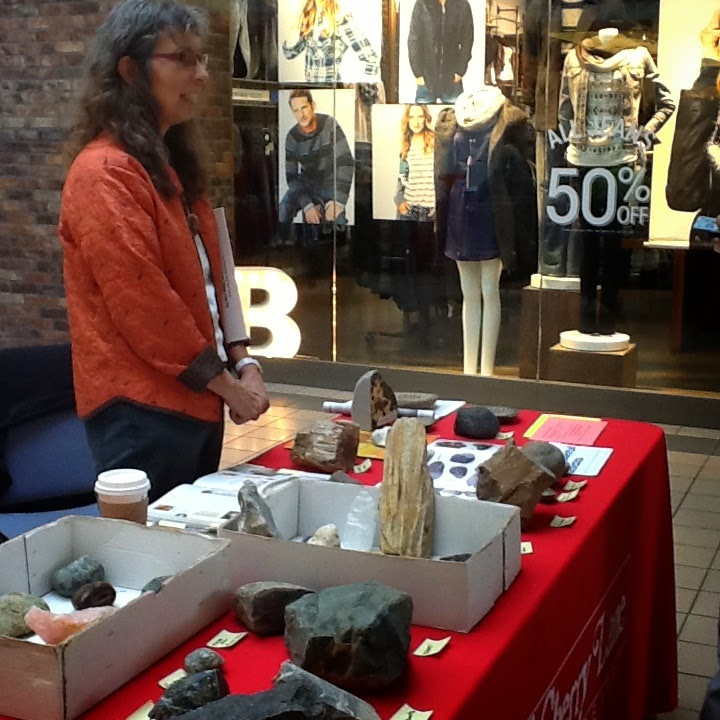 Posted by eye on the mountain at 10:14 AM No comments:

Rock Hounder from Mission - His haul from the Stemwinder field trip with Cam.


Posted by eye on the mountain at 5:44 PM No comments:

2 October at 15:01
Subvarieties of Leverite
By Peter H. Adams
The following varieties of stones commonly referred to as leverite have been glaringly misidentified by rock hounds who refuse to use proper scientific terminology. To alleviate any confusion, this list is a guide.
1. Asphaltite is not exhibited here. This is a rare type of Leverite from the lost content of Asphaltania. That content blew up and sent chunks throughout the world.
2. Crackacola is a subvariety of disappointment stone. Crackacola is often a quality stone, such as jasper or agate, but has so many cracks in it that cutting the stone results in only small chips. See also Dropsinite.
3. Crudite is a type of Leverite that, when cut or polished, results in considerable time cleaning the equipment, the floor, the walls, your cloths, your fellow lapidary artists, and the cat that wandered into the shop. Crudite is therefore routinely shared, despite the desires of everyone else in the shop. No examples of Crudite are exhibited here.
4. Culverite is a rare type of Leverite. Culverite is only found in culverts, ditches, and other man-made obstructions to nature, such as fast food stores.
5. Detritus is a type of mystery stone that is usually found after storms or otherwise near bodies of water where waves joyfully share this largess with the outside world in hopes that some dummy is gullible enough to take the stone home.
6. Disappointment stone is a large sub-classification of Leverite, and includes Crackacola and Meteorwrong. Disappointment stone is identified as it had great potential of not being Leverite until some poor dumb fool cut the stone. Only when removed from the saw can this material be properly identified as disappointment stone by examining the face of the owner. This piece of disappointment stone came from a gold mine in Nevada, an’ it ain’t got no dang gold in it, consarn it.
7. Dropsinite is a type of Keeper stone that when carefully dropped on the ground produces sufficiently small chips that the stone is then classified as a sub variety of disappointment stone. Dropsinite is not to be confused with Crackacola. Dropsinite is most often found only after the stone is fully and completely polished and shared among clumsy admirers.
8. Giftsenite is any stone that is a present from a well-meaning family member or friend. This material should never be identified as such in the presence of the gift giver.
9. Gypsome is a stone that a rock hound purchased for way too much money. A common means of identification is to wait for the response from the buyer “Why did I buy that hunka junk?”
10. Hernia stone (did you really think I’m crazy enough to exhibit such a rare specimen?) is a type of Leverite that is of such size and weight that only a fork lift can pick it up.
11. Krumbleacola is a subclass of Crackacola. Krumbleacola is only properly identified when cut. The resulting chips are then gleefully swept into a carefully prepared circular filing cabinet. Crumbleacola produces finer chips that Crackacola.
12. Lanfillite is a type of Leverite that, when properly identified, is most suitable for decorating a local land fill preferably left at the landfill late at night.
13. Leftover stone is any piece of unsold Leverite that is accidently-on-purpose left by a rock dealer at the end of a show as he quickly high-tails it out of the parking lot before anyone sees that the dealer left this well-intentioned present for the clean-up crew.
14. Meteorwrong is a type of Leverite that resembles a meteorite. However, this material is often manmade and is easily identified as having absolutely nothing in common with a meteorite.
15. Mystery stone is an intermediary between Keeper stone and Leverite. Mystery stone is only identified by cutting it open. At that time, the stone is then either dumped into the Keeper stone category or gleefully added to one of the subclasses of Leverite.
16. Notrock is any hard manmade material that is found often along the side of roads, trash heaps, and beaches. Examples include glass, plastic, ceramic, and last year’s Christmas fruit cake.
17. Prestonite is a special intermediary category almost identical to mystery stone. Prestonite can only be properly identified by being found in someone’s backyard. The stone must then be carefully scrutinized. On rare occasions, Prestonite does not have any of the desired qualities that are typical of Leverite. In that case, the stone is then dumped into that onerous category of Keeper stone (shudder and horror; run from the building in abject fear and loathing of the dreaded Keeper stone).
18. Trashicola is a delightful variety of Leverite that has absolutely no redeeming quality whatsoever. Trasicola is easily identified by having no attractive pattern, a uniformly ugly color, and not worthy of using even as a door stop. Trashicola is often confused with Lanfillite.
19. Scriticratchite is a type of Leverite that, despite countless efforts, simply will never polish.
20. Sliverite is any stone that is too small to use for anything, but generally comes from Keeper stone. Sliverite is often found in the scrap bin after cutting Keeper stone, or after dynamiting a deposit.
So, now you know.
Posted by eye on the mountain at 3:43 PM No comments:

Ten club members attended the GMFC Rock and Gem show in Princeton on the weekend. Seven members went on a field trip for petrified wood on Saturday, five camped for the weekend, and four went to the river on Sunday morning. It was a good weekend with a few interesting finds. 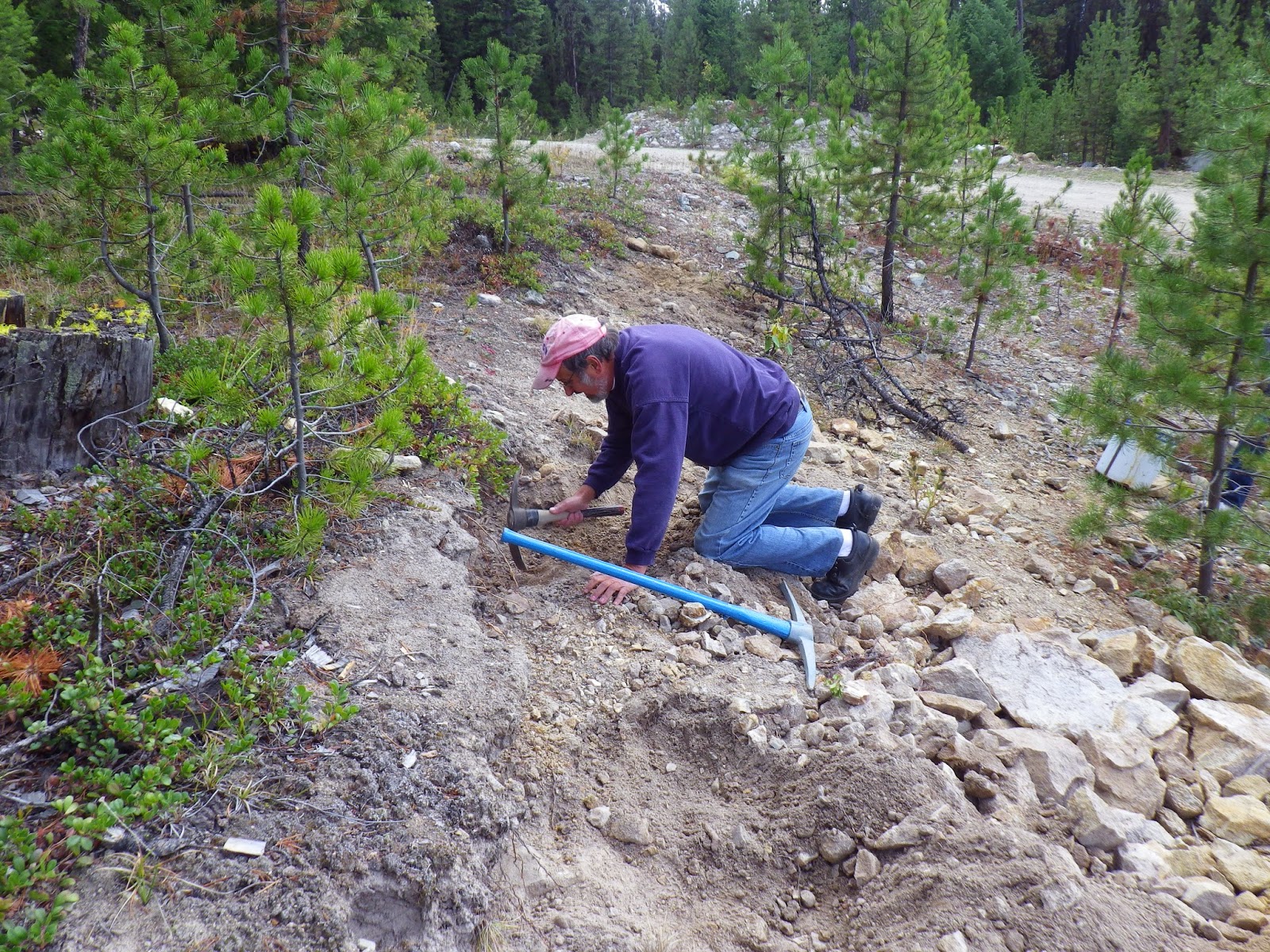 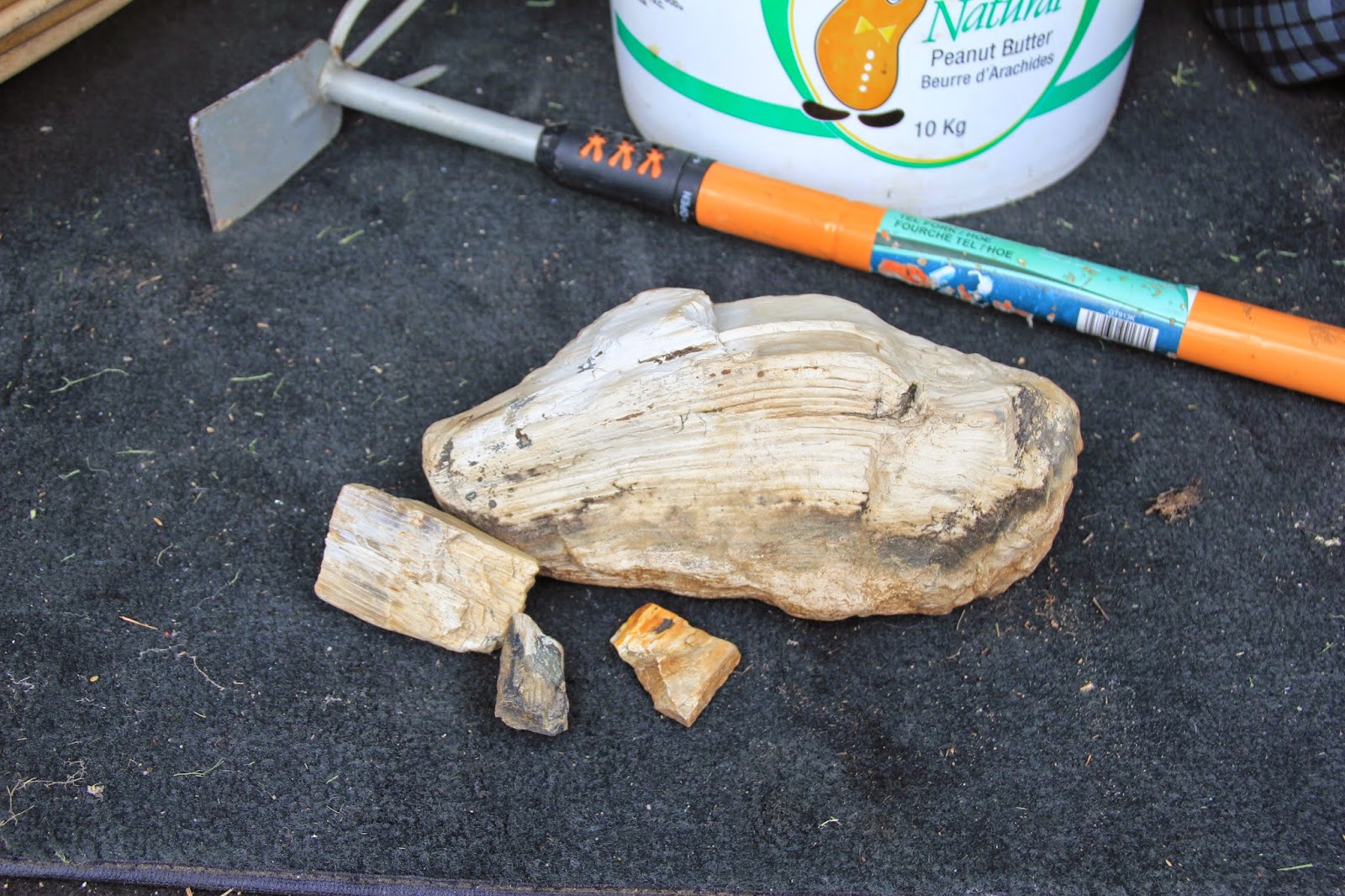 Posted by eye on the mountain at 3:34 PM No comments: