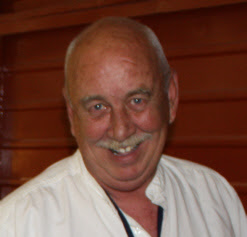 Cam Bacon, also known as Gem Show Chair for the BC Lapidary Society and a long time member of the Abbotsford Rock & Gem Club passed away on November 28, 2015.
He loved life and enjoyed it through rock field trips, exploration, trips to Arizona, the occasional casino outing and taking the lead each year at Gem Show.
Cam was always cheerful, willing to help and knowledgeable.
He believed in what he did whether that was recruiting volunteers for Gem Show, giving back through coaching soccer or being a Wagon Master of various rock field trips.
Cam leaves a legacy of living life, sharing his rock explorations through his Gem Trails of BC books and the children he inspired in soccer.
Cam Bacon will be dearly missed.
The family's wish is that in lieu of flowers please make a donation to the BC Lapidary Scholarship fund or to your local soccer club.
Memorial details will be posted at a later date.
Posted by eye on the mountain at 7:46 PM No comments:

Posted by eye on the mountain at 9:49 AM No comments:


I am hoping to see if there is sufficient interest in having a wire wrapping workshop with Linda Zepik in the Spring.  Cost  approx $35-40, one day in Summerland, likely 3-4 hours.
You supply the rock to wrap and Linda will supply the rest of the material. If interest is there, I will
find out what equipment you may need. 6 to 8 people only.  Let me know before Christmas party if you can and then I will set date, time, and place and get the final list and collect prepayment.
Jerome
Posted by eye on the mountain at 9:30 AM No comments: 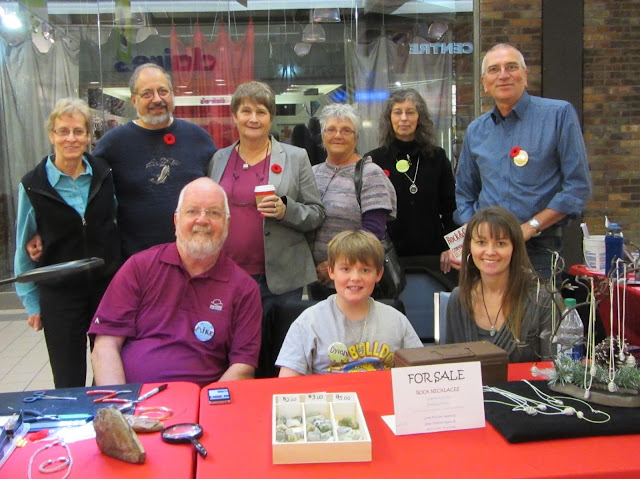 Posted by eye on the mountain at 8:02 PM No comments:

Please e-mail us - leaving your question or interest as a blog comment does not give us a way to contact you.
pentictongeologyandlapidary@gmail.com